Introduction to Wavelets and Filter Banks

Although the history of filter banks and wavelets has been brief, they have had a large impact on signal and image processing. Filter banks, which came first, are used for a number of different audio (1D), images (2D), and video (2D frames changed 30 times every second for interlaced video) applications.

where n is discrete time and the “*” is the called the convolution operator. Discrete time n = t/T, where t is continuous time and T is the sampling period. Equation 1 and 2 can be represented as a block diagram as shown in Figure 1 where the h(n), also known as the impulse response, is used as an indicator that the figure represents filtering in the discrete time-domain.

In order to look at the filtering process in the frequency-domain, we must perform the Fourier transformation of the vectors, first. Mathematically, that is done by doing the following:

This yields the equation

That is the multiplication of the H, the frequency response, and X is equal to the Y. In reduced notation, Y (ω) = H(ω) X(ω) and may be illustrated in block diagram form as shown in Figure 2.

When the frequency response is expressed as the output vs. the input in the z domain where z = ejω (or H(ω) = Y(ω) / X(ω)), it is referred to as the transfer function.

Using the vector in Figure 3 as the input signal to both a lowpass and highpass Haar filter, the results in Figure 4a and 4b are obtained. 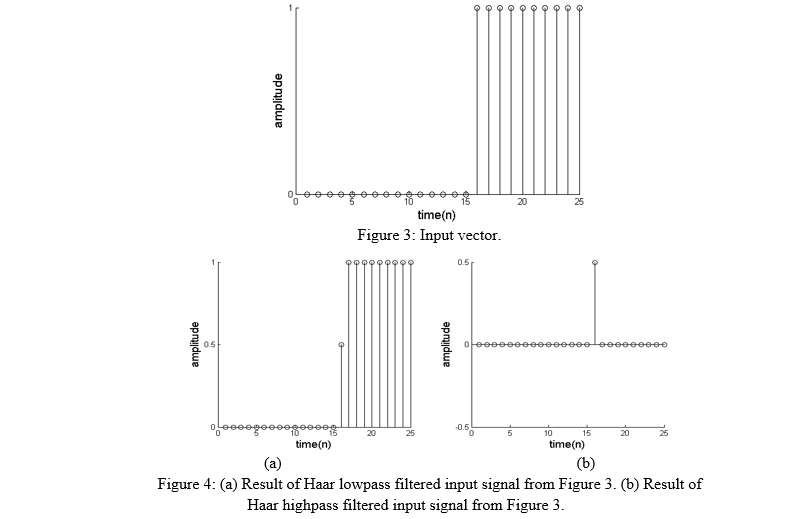 Filter banks are a set of filters used in conjunction to perform a single signal processing task. They are typically chosen to separate the frequency spectrum into small subbands for a number of applications such as analysis, compression, data hiding, and image enhancing. By that definition, using Haar filters to separate the spectrum of frequencies in Figure 3 into two subbands, a lowpass subband and a highpass subband, makes them collectively a filter bank.

Because I will there has been such a large shift towards digital technology the remainder of this paper will only address this topic in the discrete time-domain rather than in the continuous or analog domain. 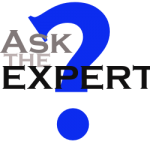 We use cookies on our website to give you the most relevant experience by remembering your preferences and repeat visits. By clicking “Accept & Close”, you consent to the use of ALL the cookies.
Cookie settingsACCEPT & CLOSE
Manage consent

This website uses cookies to improve your experience while you navigate through the website. Out of these, the cookies that are categorized as necessary are stored on your browser as they are essential for the working of basic functionalities of the website. We also use third-party cookies that help us analyze and understand how you use this website. These cookies will be stored in your browser only with your consent. You also have the option to opt-out of these cookies. But opting out of some of these cookies may affect your browsing experience.
Necessary Always Enabled

Any cookies that may not be particularly necessary for the website to function and is used specifically to collect user personal data via analytics, ads, other embedded contents are termed as non-necessary cookies. It is mandatory to procure user consent prior to running these cookies on your website.

Pardon the virtual dust as we make improvements to the site to serve you better. Dismiss